A month has passed. There is a lot of experiences missing here, the grandeur of the castle seen from its foot, the woman in red lying alone on the rooftop of this house, the thousands of history, the noise and smells of the bazaar at night, the kid with a dead eye and the biggest smile on earth… I started as a tourist, then I was a photographer, to finish as a wanderer. I took all the photos with one camera and a 35mm, the review screen switched OFF. 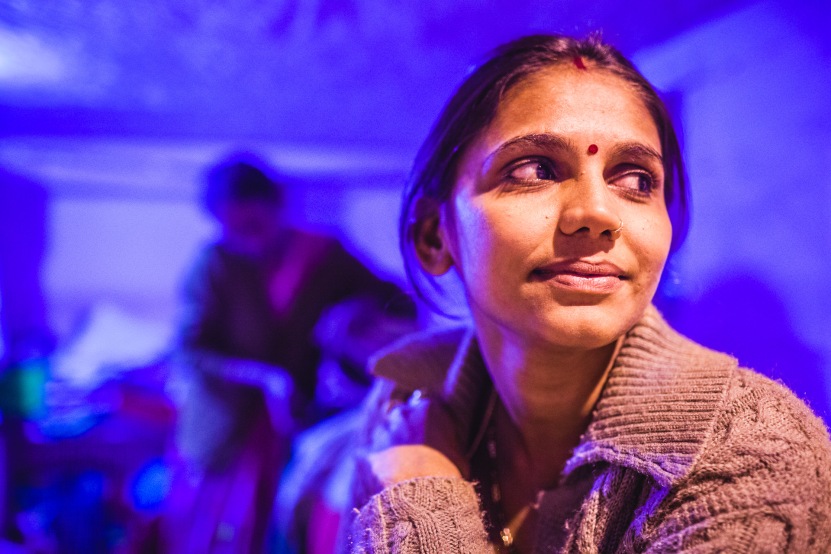 Alone at night in the street of Jodhpur, all I have in mind is the latest movie I saw at the cinema 9 months ago, “Blue is the warmest color”. Jodhpur, India, 2014.

I rushed to the end of the fort to take a picture of the sunset, I was too late. I think about my home town, back in France in the Loire valley, over-there there is a castle as well, where I used to go to watch over the city at dusk. Jodhpur, India, 2014.

They were playing cricket. I stayed there 30 minutes just watching the game. Then I saw a star. I think about New York and the photos of Alex Webb. Jodhpur, India, 2014.

They obviously didn’t knew each other, and awkwardly agreed to take the pose. The two families were around observing them – Learning to love – This is my first wedding photograph ever. Jodhpur, India, 2014. 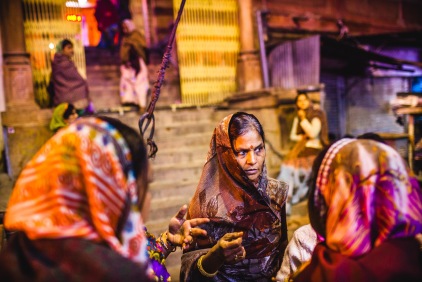 The women were deciding who was going on the carriage with the body for the cremation. A friend from Ukraine just told me: “This is hell – I’m going to the front line for the third time – Yes as a journalist (he is a political journalist and tv presenter) – So far they didn’t call me to arms, I’m not complaining.” Jodhpur, India, 2014.

He said: “I’m a very bad driver! I’m the worst driver in the whole city!”. He was in fact quite drunk. He said: “If you want to go anywhere, you’ll have to drive”. Then I had my first rickshaw driving lesson. Jodhpur, India, 2014.

“Plus belle la vie” version Jodhpur (people from France will understand). I have a cast for a tv series for youth in India. Parrot included. Jodhpur, India, 2014.

What happens when we grow up? Where do we put this ever being bliss of aliveness? I’m chatting over the web with a friend in Canada, it’s 7:15am over there. How can one remember the little girl she once was? Jodhpur, India, 2014. 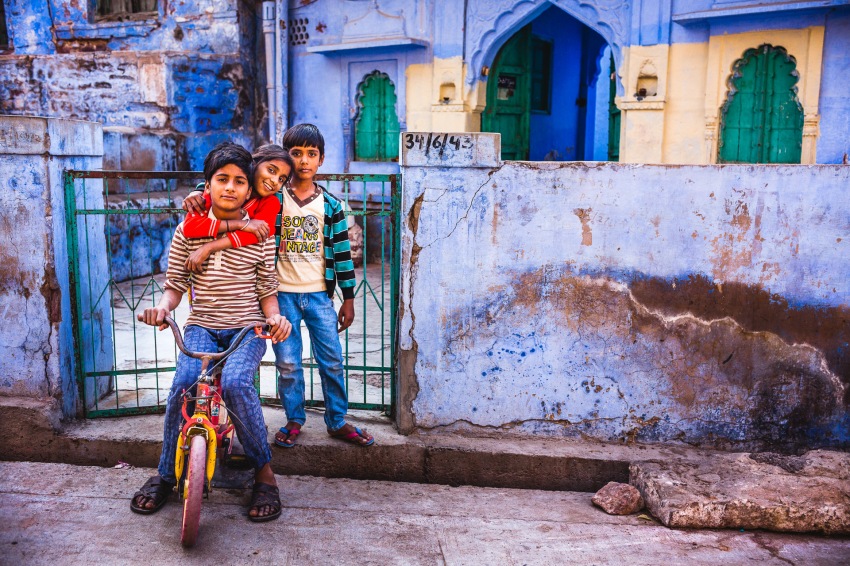 I’m alone in a blue Indian city. My sister and my brother still live in France. I would want to see them, my nephews are growing up so fast! Jodhpur, India, 2014. 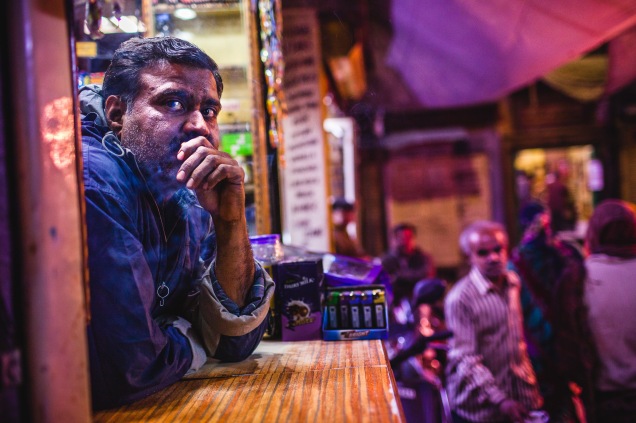 I’m wandering at night in the bazaar, mesmerized by the traffic, I’m trying to get this picture showing the madness of this ballet of rickshaws, motor bikes and the incessant crowd roaming the small streets… in vain, the light is too scarce, I steal this picture of a small convenience shop owner. Jodhpur, India, 2014. 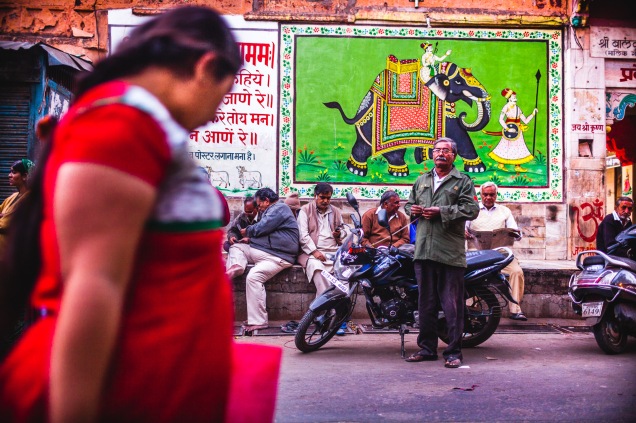 I’m thinking about cinema. I dream about a great movie with huge elephants on green screen, shot in high frame rate with many cameras on big cranes, to inlay them in a computer generated futuristic city. Jodhpur, India, 2014.

When I was a child, I use to spend hours watching my brother playing video games. We had an Atari 520ST hooked up to a TV monitor, now smartphones do the job everywhere on earth. To all the brothers who shared those moments. Jodhpur, India, 2014. 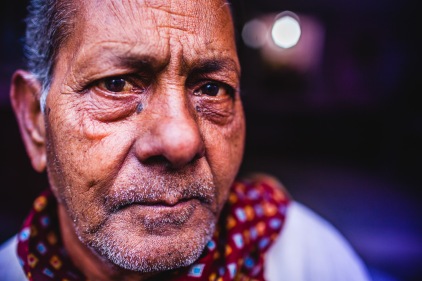 First a plane “disappeared”, 239 souls “missing” – then Ukraine at war – then a civil plane shot down, 289 casualties – then the Israeli-Palestinian conflict restarted – then Robin Williams killed himself … RIP ALL. Jodhpur, India, 2014.

I miss my bicycle. I think it is the best vehicle for human ever created. Jodhpur, India, 2014.

Sometimes I’m not really looking anymore, just letting the world passing by in front of me, in those moments, time is like “in suspension”. This was in the streets of the old city of Jodhpur, right at this corner, time stopped for a couple of seconds. Jodhpur, India, 2014. 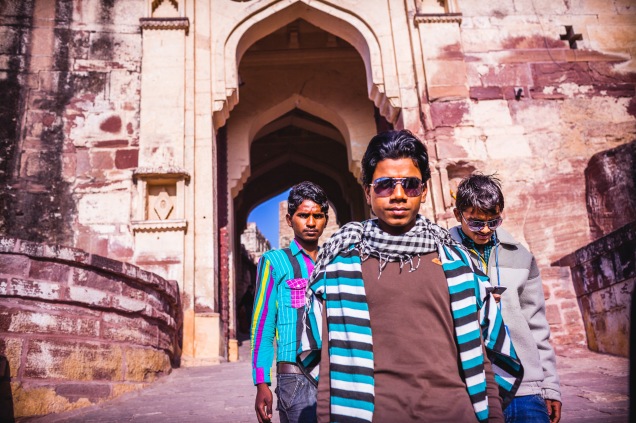 Three modern Maharajahs getting out of their castle. The world forgot the Americas were discovered looking to go faster to India. At that time it was the place of thousands of wonders, it still is. Jodhpur, India, 2014. 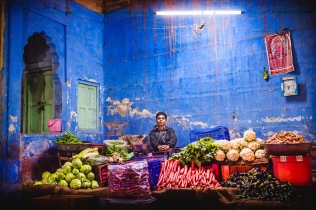 No branding, no labellings, no marketing, no Wall St, just raw vegetables and a blue wall. Jodhpur, India, 2014. 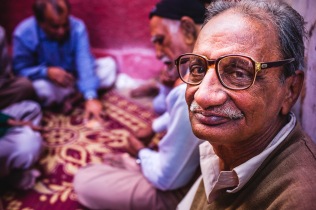 He told me he had a great life, that now that his wife passed away and his children left the city, he just spend his time playing with his friend: “I was born as a child, I will die as a child”. Jodhpur, India, 2014.

She was looking to see the pictures I had taken of her little brother on the screen of the camera, I said ok but I’ll take a picture of you before. I got some kind of an attitude! Jodhpur, India, 2014.

What do you think? Cancel reply